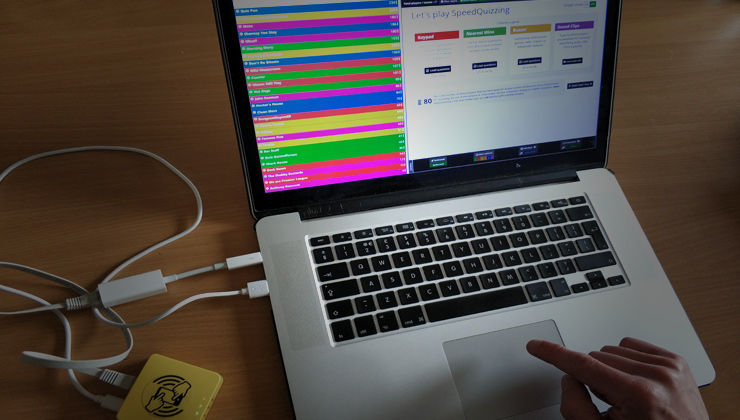 Currently when a team want to change their device mid-game, for example their battery has run out or their mate has just turned up with a tablet instead of a phone, it is always been a bit of a pain!  In the existing version of the software, you need to firstly add a new team,.. Read more

Another fantastic addition to V4 of the SpeedQuizzing software will be the adverts.  Previously, you were required to drop .jpg images into the ‘Your Adverts’ folder in advance of firing up the software and were limited to 6.  With V4 you are not restricted and will be able to easily upload and drag the images directly in the software, mid-game if required.  You can also drag and re–order them to.. Read more