Speed Bingo is a Bingo style game which allows SpeedQuizzing teams to compete against each other using one on-screen Bingo card per team.

The on-screen bingo card is separated into four coloured columns, helping players to locate numbers quickly. There is  also a ‘Called Numbers’ section below the card. 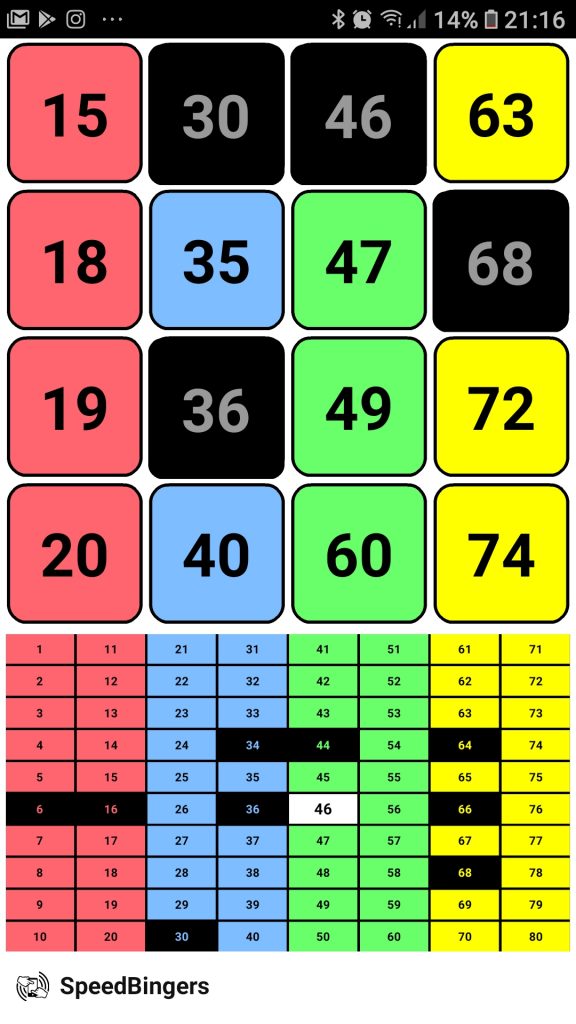 Speed Bingo can be incorporated as part of a quiz to earn extra points, or alternatively the score settings can be set to zero for situations where you just want to host a bingo game for fun or for some other kind of spot prize which doesn’t affect the quiz scores.

Speed Bingo games can be for… 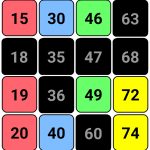 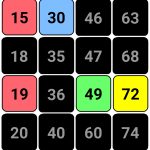 or a Full house 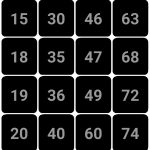 Note: Speed Bingo is meant to be played for fun and we strongly advise against hosting Speed Bingo where significant prizes are at stake.

How to host Speed Bingo

Important: When Speed Bonus point(s) are enabled, it is very important that no players are in a position to see the host’s laptop screen. Being able to see what number is due to be read out would give a team a huge unfair advantage, causing a team to be able to essentially fill in their card and trigger the end before the number has been read out. It is however possible to hide the large number by pressing number 3 on the computer keyboard. 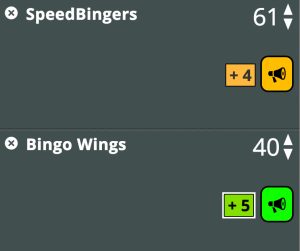 Here you can see that Bingo Wings have filled the line first followed by Speed Bingers a moment later.

During a game of bingo you can optionally Display game progress. This number indicates how many numbers a team are away from being able to complete the game

A zero indicates that they are in a position to win. However, it is important to note that this number decreases regardless of whether a team are actively marking off their card. There may therefore, be times where you expect a team to call by completing the line, but they’ve missed a number so they don’t. This feedback is primarily intended for you the host and would in most cases be kept secret from players. It is advised that you continue reading out numbers regardless of how many teams are displaying a zero. 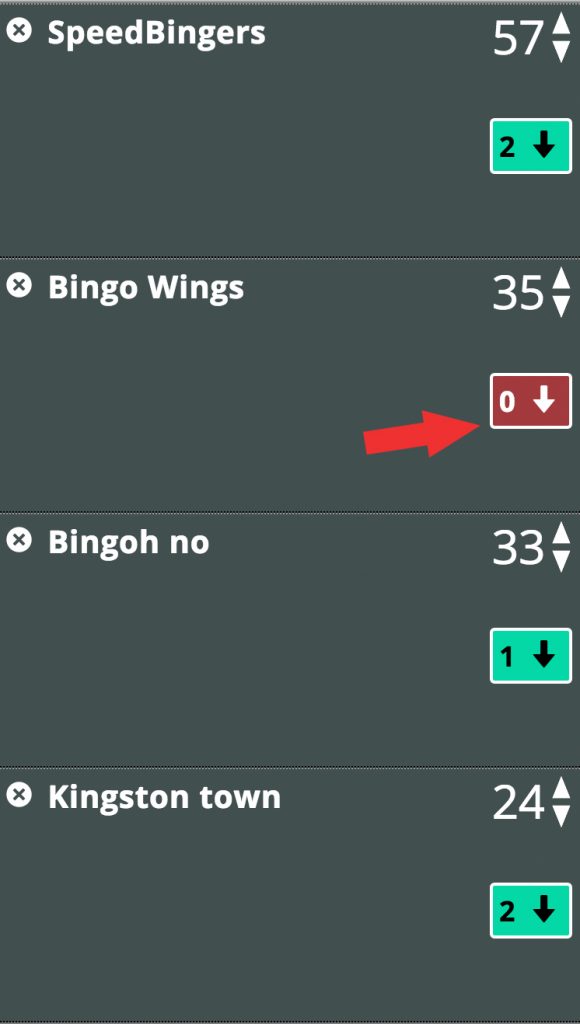 This image shows that Bingo Wings are in a position to call the line but they have not yet filled it.

Enabling Quick mode prior to starting a new game will cause games to be over quicker, by only using even numbers on the cards.

In some parts of the world bingo has traditionally had phrases associated with certain numbers such as 22 = “Two little ducks”.

A configurable text file can be found in the Bingo folder within the SpeedQuizzing Docs folder. This can be edited in a text editor to your liking. The default file contains a selection of old favourites with a few extra examples of our own.

You will notice we’ve included the corresponding colour in the call too. i.e. “Two little ducks, blue 22”, . Feel free to edit these however you see fit. 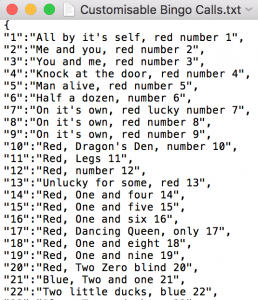