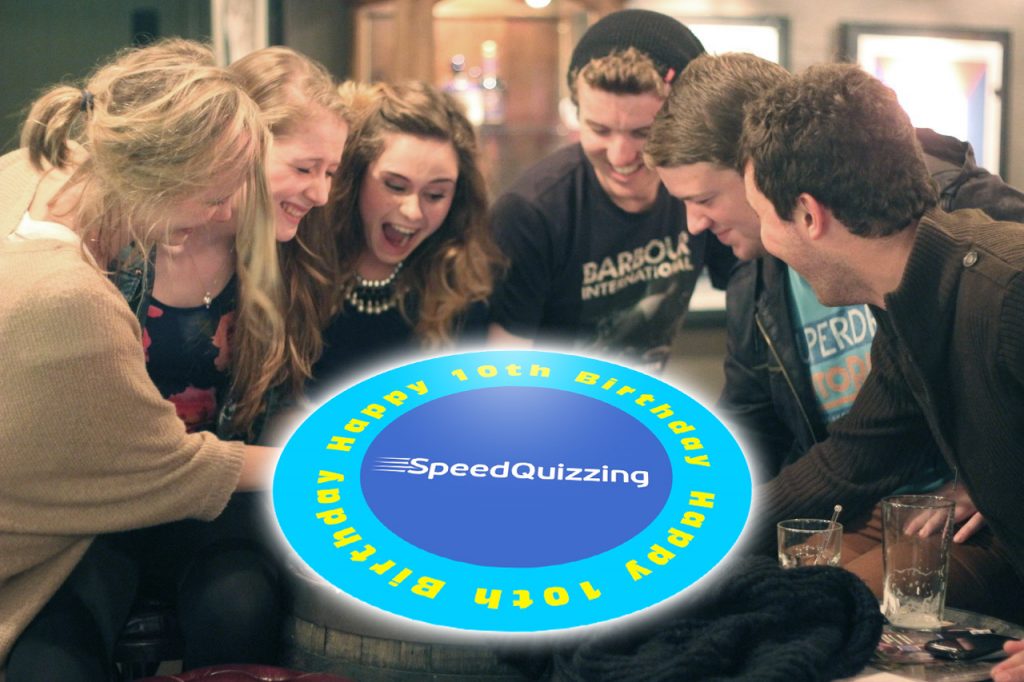 It’s our birthday today (11th November) – and not just any old anniversary either!

Today marks 10 years since SpeedQuizzing was ‘officially’ launched as a limited company – and what a ride it has been!

From very humble beginnings based in our co-founder’s kitchen around 2006, things have really taken off, with over 1,500 SpeedQuizzing events taking place every week all over the world!

We never set out to ‘go global’ – to be honest, at the start, we didn’t have aspirations that stretched too far outside of our home city of York.

But it has been incredible to see how things have grown since then. And that is down, in a very big way, to our thousands of loyal customers who have shown us huge support over the last decade, whether they’ve been hosting or taking part in a SpeedQuiz. Thank you to everyone who has helped and supported us, it’s hugely appreciated – and here’s to the next 10 years!

To mark this 10-year anniversary, it’s customary to get a gift of tin – but with all the shortages these days, we’re struggling to get a chicken, let alone tin. So, instead, we’re making do with a nice cake and a cup of tea (and maybe some beers)! We know SpeedQuizzing fans love a good fact too, so we thought it would be nice to mark our anniversary by sharing 10 facts you (probably) never knew about us!

If you’re interested in finding out more about just how easy it is to host a SpeedQuiz using our industry-leading platform, we’d love to hear from you. And if you’re a quizzer who wants to attend one of 1,500+ SpeedQuizzing events taking place across the world every week, you can find out more here.