The importance of Fast Tracking in SpeedQuizzing, by Alan Leach 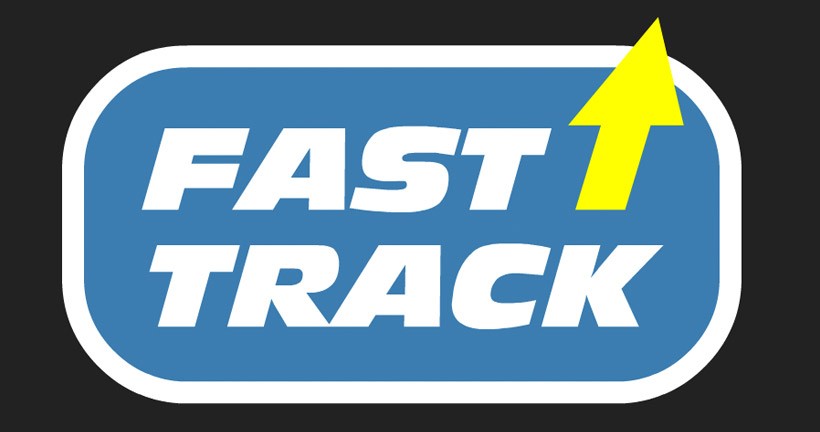 Even though I’ve been hosting SmartPhone Pub Quizzes for longer than anyone else, it hasn’t always been plain sailing in terms of numbers of paying customers attending my nights. I suffer the same as everyone else from students going home for holidays, big football matches coinciding with a quiz night, venues not promoting my nights properly and a general apathy from quizzers who tell you they’ve had the best fun they’ve ever had but still don’t show up the following week.

Without a doubt though the biggest problem I’ve faced is the same clever teams winning week in week out.

Not only can this affect how busy your quizzes are, it can also sour the atmosphere somewhat creating animosity between teams and also cause some teams to lose interest in the latter rounds and start chatting during questions.

The first thing we (myself and my brother John) introduced as an attempt to combat this was the Nearest Wins question. This is nothing new as it has been going on at pen and paper quizzes for a long time.

Offering a “big-points” question at the end of the night like this does help, since it mean’s that there is a chance that one of the lower teams will jump up and take the prize. However there are limitations such as….

A. To enable the very bottom teams to stand a chance of getting near the top you need to make it a ridiculously high points question compared to all of the evening’s previous questions which some would argue makes a farce of the whole of the rest of the night.
B. A Nearest Wins question doesn’t do much to stop teams near the bottom from losing interest and becoming disruptive in the final rounds.
C. However random/difficult you make the Nearest Wins question there is just as much (if not more) chance of one of the cleverer teams winning the points and totally defeating the object.

Next we introduced Go Wide in the Keypad rounds. This give’s teams who don’t know the answer more of a chance of guessing it right, but for reduced points, (every little helps).

Go Wide was closely followed by the introduction of Evil Mode in the keypad rounds. Evil mode is great for creating big movement in the leader board in the last round, but whether it favours the lower teams any more than the higher teams is debatable.

Although a handicap system is a good way of reigning in a runaway clever team, it is still only a minor improvement and only really helps the 2nd/3rd/4th cleverest teams to win, leaving the bottom teams to still feel disenfranchised.

Cut down on Buzzin’ rounds

Finally in my quest to help the slower, less intelligent teams I cut back on the buzzer rounds as I feel these have a habit of favouring the brighter teams more than what the Keypad rounds do. (They certainly favour the younger teams leaving your older clientele a bit bewildered when they’ve known most of the answers in a round but haven’t managed to earn a single point).

So I put my mind to work on a solution which not only has the ability to vary the outcome of first place, but also would keep every single player interested and playing competitively right up to the last question of the last round.

Eventually I came up with The Fast Track. Fast Tracking has changed the whole dynamic of my quizzes forever. My numbers are massively up, I have people coming who wouldn’t usually entertain the idea of a pub quiz at all, and once they get used to the idea, the cleverer teams actually grow to like it as it becomes strategic and mean’s they have to work harder to win but they get more of a sense of achievement when they do.

In my opinion it is the right balance of a “fun night out for all” verses a “test of intellect/knowledge”.

Now before you jump in, Fast Tracking will inevitably meet some resistance at first from the top teams, but you just need to stand your ground. In my opinion if you lose one of your cleverer beard-scratching teams to a pen and paper quiz down the road but ultimately gain another 10 teams who are looking for a fun night out as a result, does that really matter?

So how do I use Fast Tracking?

I usually introduce Fast Tracking a few questions into my first Keypad round of the evening.

There is nothing in the software to click to enable fast tracking, it is just a case of announcing that you are introducing it and then keep an eye on the results at the end of each question. (For the purpose of this explanation, announcements are in green text).

“It’s called Fast Tracking. From now on whenever the top three teams on my leader board all fail to answer a question correctly, then the team who submitted the fastest correct answer (assuming there is at least one correct answer), rather than getting bonus points they will jump into first place, putting them ahead of the current leaders by one point”.

At this point you’ll get a mixed reaction of expletives and boos from the serious teams mixed with cheers of approval from the teams who come along for a fun night out.

Now it is up to you to simply keep an eye on the results on the left hand side of the screen after each question.

On an average night for me, 95 percent of the time the results look like this where at least one of the top three teams have answered correctly. However occasionally it will look like this where none of the top three teams have answered correctly but at least one of the lower teams has. This is the point where I will announce “WE HAVE A FAST TRACK INTO FIRST PLACE”!!!!

Gasp of air from the crowd!

As normal I will then announce the correct answer and press the blue button.

Then before revealing the fastest team, I hold Shift on my computer keyboard which reveals the Fast Track button. and rather than announcing The Bonus Point goes to……. I announce “For the fastest correct answer, fast tracked into first place it’s….” and I hit the blue Fast Track button which play’s the buzzer sound of the fastest team whilst automatically ascending that team into the top position on the leader board. At first this might seem radical and there will be people who will argue that it is too extreme, especially when it means that the bottom team could win the quiz on the last question just by getting lucky with one answer.

Well yes this is true but in my opinion it’s far better than simply giving an excessively big points question at the end and here is why.

1. When Fast Tracking is in full swing teams are playing competitively against each other on every keypad question throughout the night regardless of where they are on the leader board or how near the end of the game it is.
2. The teams in the top three places can’t take advantage of the Fast Track so it favours the lower teams.
3. It creates a great atmosphere and you actually find in most cases that if a team who generally don’t perform well get Fast Tracked, they will receive a nice approving cheer from the majority of other teams.
4. It is flexible. So long as no one can see your screen, it is at your discretion whether you fast-track a team.
5. If you are using Evil Mode it will encourage the top teams to answer a question rather than play it safe when they aren’t sure of an answer in order to try to prevent one of the lower teams receiving a Fast Track.

Is Fast Tracking for me?

If you are lucky enough to have a full venue where all the teams are of relatively equal ability and they are all happy to treat it as a test to see who is “the cleverest team in the village”, then the Fast Track may not be for you.

However if you are wanting to fill a pub by creating a fun night out for anyone who want’s to take part regardless of their ability (and especially if you are having issues with brainy teams winning every week) then you really must give Fast Tracking a chance. Yes you need to have the balls to stand up to the initial naysayers, but in my experience it’s been well worth it. It is your quiz night, you make the rules and you need to rise above teams who act like they somehow own your quiz simply because they win at it a lot.

More often than not when a team who rarely grace the top three spots get a Fast Track into first place they will stay there for a couple of questions maximum before the cleverer teams start to nudge them back down. However even if this happens, the team in question experience a big glory moment which really can re-invigorate their interest in your quiz nights for some time to come. But in addition to this when a Fast Tracked team manage to stay at the top and win first prize, this is generally perceived as a good thing with a big cheer from 90% of the crowd. (apart from admittedly maybe whoever is in second place.)

A good night for me is when one of the top three prize winning teams gets there as a result of a fast track, which I’d say probably happens on average every other week.

Anyone who has ever hosted a private quiz such as a team-building event or office party will have experienced where the teams who are doing badly start chatting or start leaving before the end. This categorically does not happen when you use Fast Tracking.