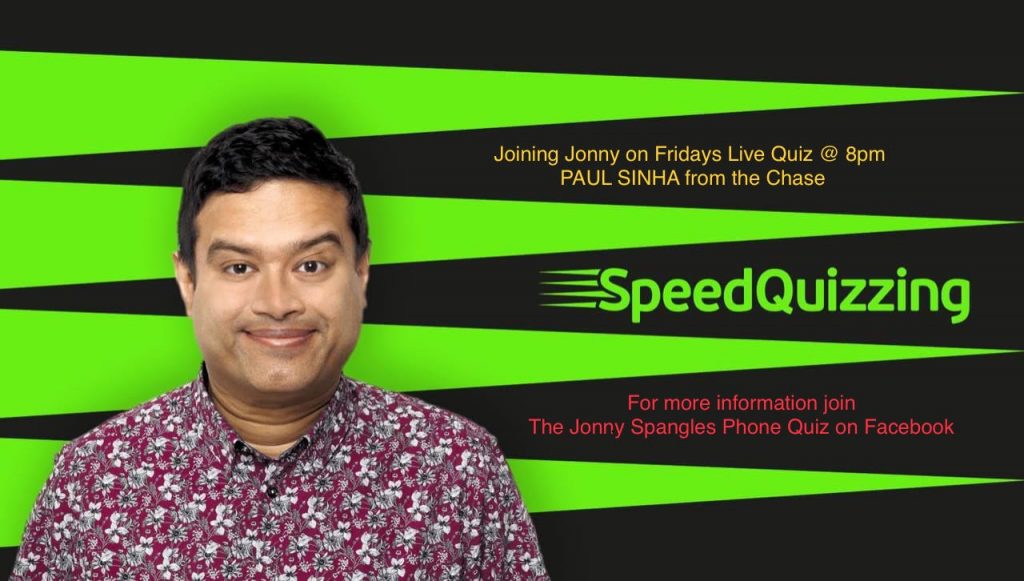 ‘The Sinnerman’ will be taking part in SpeedQuizzing host Jonny Spangles regular Friday night online quiz, giving players a rare opportunity to test their general knowledge against one of the best quizzers in the world.

The quiz, which is free to join and play, will run over four, ten-question general knowledge rounds, with players connecting and playing the quiz in real-time through their phones or tablet devices using our free to download SpeedQuizzing Live app. In order to see and hear each other, players will also need a separate Zoom-enabled device.

There will be a number of prizes up for grabs, including a restaurant meal, drink vouchers, artwork and health and beauty goodies.

As ever, players will be invited to give a donation in support of local causes across Greater Manchester – with £47,000 raised to date through Jonny’s regular Wednesday and Friday night quizzes, which he’s been running since the start of the first lockdown last March.

The 52-year-old Urmston resident was honoured with a British Citizen Award for Services to Volunteering & Charitable Giving, in recognition of his fundraising efforts which, aside from hosting online quizzes, have seen him hold a socially-distanced open-air disco and ride a DJ Disco trike over 100 miles for seven hours a day on six separate occasions to raise money for key workers, WW2 veterans and over 125 charities.

“I love bringing people together through my quizzes and supporting local causes in the process, but this quiz promises to be extra special thanks to Paul giving up his time to play.”

“He’s known as one of the greatest quizzers in the world for good reason, so I’m expecting it to be more popular than ever as people take up this rare opportunity to go head-to-head with one of the very best.”

Further details on how to join the quiz are available on the Facebook Group Jonny Spangles Phone Quiz.