A Belfast man has raised over £3,000 for local charities after he started hosting a…

Think you know everything there is to know about legendary indie band Shed Seven? Well,…

As you should be aware by now, SpeedQuizzing is now Live and online.  In order…

The funniest virtual pub quiz team names to use during lockdown

‘Pub quiz’ has become one of the most popular online search terms in the UK,… 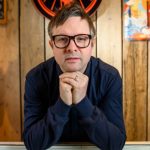 SpeedQuizzing 'In The News' - Quizzers Descend On York