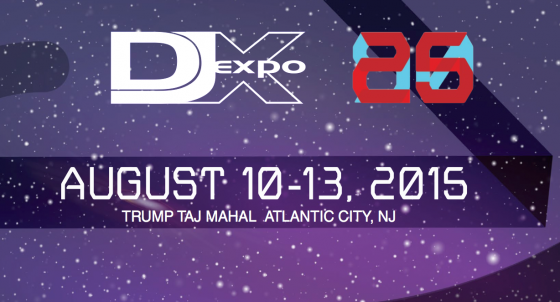 Atlantic City, home of the Miss America pageant, many casinos and rumour has it, the inspiration behind the very first game of Monopoly.  Now, in the second week of August Atlantic City will be host to DJ Expo 2015 and much like the Expo we showcased at in Birmingham last year, 2 of our US SpeedQuizzing hosts will be showcasing the Smartphone software to the people of America.

Rob Charette and Bill Adams have organised a stand at the event and will be showing off what SpeedQuizzing can do and what it can offer DJs in terms of a mid week wage.  7,000 people head to this event each year so it’s no small event by any means.

The software itself is a perfect addition to any professional DJs weekly set up, we know its difficult sometimes to find somewhere willing to have a disco in the middle of the week, so why not host a quiz instead?  It’s proving popular in that way in the UK and there is nothing to say it can’t do to the same in America, as Rob and Bill have so rightly shown us.

They are going to be located on the main convention floor and even located next to some of the already established big trivia brands such as Digi-games and Buzz Time.  They aren’t brands we are familiar with so much over here in the UK but we get the impression that Trivia nights (don’t use the Q word here) are a big affair in the US and hopefully Rob and Bill are set to wow them with what SpeedQuizzing can do over the rest of the products on offer.

We’ve asked Rob and Bill to take as many photos of the booth as possible and Rob has also kindly offered to take some video footage too which will be posting up as soon as we can.

Winners of the short quiz rounds will be getting shirts for prizes, so if you’re going make sure you grab yourselves one of those. There is also the prospect of someone walking away with a fully customised Buffalo Router as well so make sure you sign yourselves up to the mailing list at the show and you could be in with a chance.

We wish Rob and Bill all the good luck for their 6 hour (wow) journey to Atlantic City and with their SpeedQuizzing stand at DJ Expo 2015 and we look forward to seeing all the photos showing how you get on.