Throughout the month of August 2019, the co-creator of SpeedQuizzing, (Alan Leach), rebranded himself as ‘Alan Shed’ and attempted to combine SpeedQuizzing with standup comedy for a daily, hour-long show at The Mash House in the heart of the Ed-Fringe festival. 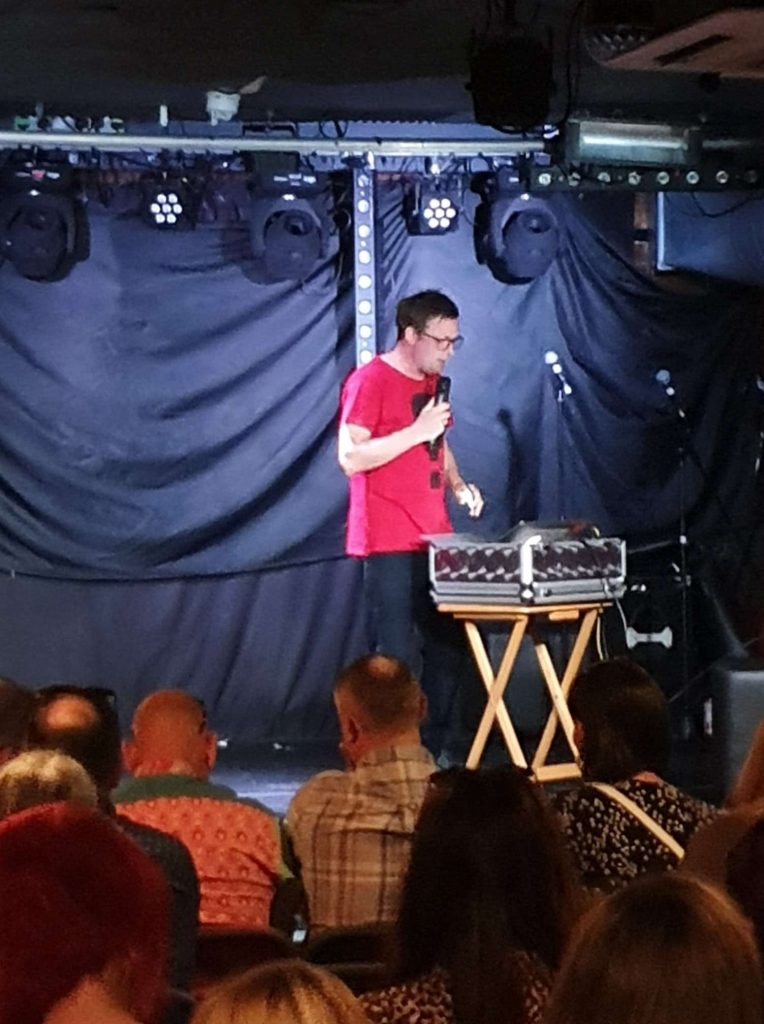 It was Alan’s first attempt at an actual comedy show rather than just hosting quizzes.

It was a lot of work but also a lot of fun and received positive reviews all ‘round.

Here is a 20 minute edit of the show filmed during the final weekend.

Unlike a traditional SpeedQuizzing event, you’ll notice that the audience are sitting theatre-style (in rows) rather than at tables.