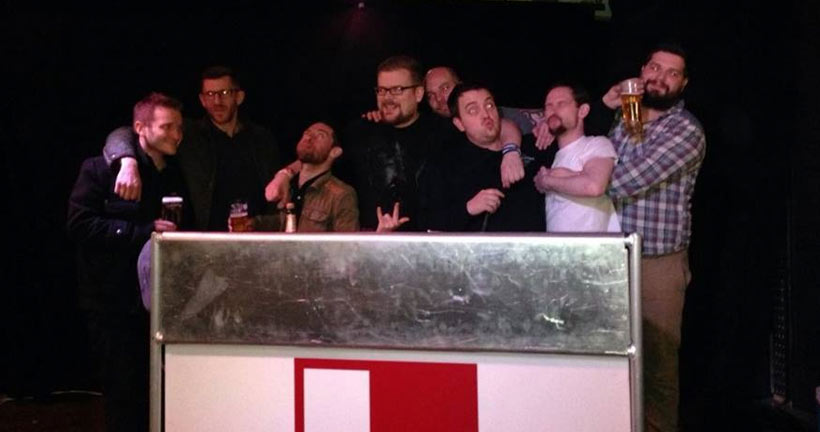 On the 6th October, Birmingham based quiz host Stoo Pittaway broke the world record for the longest quiz, using the SpeedQuizzing software to run the event. The mammoth pub quiz was hosted at The Actress and Bishop, Birmingham for a total of 34 hours and 39 minutes, beating the previous record by 1 hour and 31 minutes. The full quiz was also streamed live on the Internet, where we were able to follow Stoo’s progress and see how tired he was looking. As well as breaking records, the event has raised over £1,000 for The Stiliyan Petrov Foundation. The charity, which was launched by former Aston Villa captain Stiliyan Petrov, offers support to leukaemia sufferers and their families.

‘Longest marathon as a quiz master’

The current Guinness World Record for the ‘longest marathon as a quiz master’, which stands at 33 hours and 8 minutes, is held by Jason Hinkledire of Pennsylvania, USA. A total of 1,896 questions were asked in the marathon, which was run in a traditional pub quiz format. The record was achieved in April 2014, so he will no doubt be disappointed to hear that his record has been beaten after just 6 months.

Attempting to break a world record…

The idea of attempting to break a world record first originated from a discussion of how to publicise SpeedQuizzing and the recent rise of targeted viral videos. Although a video lasting 34 hours and 39 minutes is unlikely to become the next YouTube hit, this led Stoo to consider how he could use his talents as a SpeedQuizzing host to break a world record. This was, of course, also motivated by a lifelong dream of being a Guinness World Record holder. There are many world records based around pub quizzes, yet, the longest quiz seemed like the most realistic and the best suited to using the SpeedQuizzing platform. Negating the need to mark quiz sheets and read out answers, SpeedQuizzing made Stoo’s record breaking attempt much faster and simpler, allowing him to maintain momentum in his quiz – and stay awake! The SpeedQuizzing software, which Stoo was confident he could rely upon, provided the ideal tool to help him through this endurance test. 34 hours and 39 minutes of quizzing

[blockquote align=”right” author=”Stoo Pittaway”]The event could not have worked without the teams we had – their energy and spirits remained high all the way through, which kept the momentum up.[/blockquote]

Stoo worked as quizmaster, asking the questions and running the SpeedQuizzing host software throughout the 34 hours and 39 minutes, noting that; “the software didn’t falter once, it made it really easy”. Each team was provided with a tablet to use as their SpeedQuizzing keypad and had these were swapped with fully charged devices once their batteries ran low. Different question styles, including multiple choice, numeric and SpeedQuizzing’s unique letters questions, where only the first letter of the answer is required, were used to keep the rounds varied. The event was the cumulation of weeks of planning and organising, involving many other people, such as those running behind the scenes to get players signed up and of course the quiz players themselves.

Stoo brought a lot of players along for the ride, some of whom stuck it out for the full record breaking time – a great testament to our system that people were willing to play SpeedQuizzing for almost 35 hours. As the quiz progressed into the night, the venue became a slumber party, with players turning to their onesies and sleeping bags. The end of the marathon quiz was timed to coincide with Stoo’s weekly quiz, meaning some regular players came down to give Stoo a final boost and join in the celebrations.

Although plenty of catch up sleep was needed after the quiz, Stoo still managed to run his weekly SpeedQuizzing event the following week. While Stoo surpassed the standing record for the longest marathon as a quiz host, authentication by Guinness World Records is a long and complex process, meaning that, at the time of publication of this article, official approval is yet to be received. As Stoo joked “there were certain points I thought it would never end”, one thing is for certain; Stoo will not be attempting something like this again any time soon.