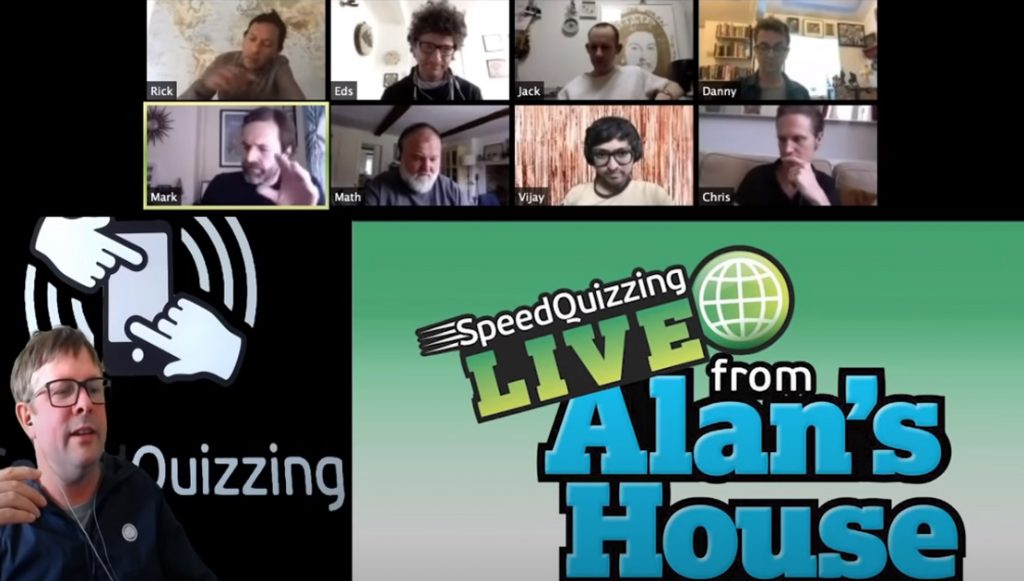 Members of some of the UK’s biggest and most influential indie bands from the last three decades have battled it out in a fiercely fought SpeedQuizzing Live contest – and you can watch how it all went down here.

It’s the second instalment in a series of virtual pub quizzes we’re hosting, in which leading players and singers from some of the UK’s most acclaimed bands come together to compete in a fast-paced quiz.

The first quiz may have featured an array of frontmen and women from the likes of Shed Seven, The Bluetones, Dubstar and The Seahorses – but this time it’s the turn of the talented bunch that sit behind the lead singers, banging away and generally holding everything together – the drummers!

And, as if that were not enough (P.S. it’s not – three players would make for a fairly tame quiz!), they were joined by: Dodgy drummer, or rather the drummer for 90’s pop-rock band Dodgy, Matthew Priest; Eds Chesters of indie rock band The Bluetones; and Chris Prendergast, formerly with The Kooks and now drumming with singer-songwriter Alex Clare.

The players divided into two teams, captained by Shed Seven frontman Rick Witter and singer-songwriter Mark Morriss, who is best known as The Bluetones’ frontman.

Presiding over the quiz was yet another drummer, Shed Seven’s Alan Leach, who, as many of you know, co-founded SpeedQuizzing with his brother, John.

Alan comments: “I’m really enjoying hosting these regular quizzes with various folk from the indie music scene, not least because it’s made me realise I’ve got more friends than I thought I had.

“While we had mainly singers feature in our first virtual quiz, this time we’ve got a stellar line-up of drummers, who I always say are the most important members in any band.

“While the line-up might have changed, the format is very much the same and people can expect the usual dose of intellectual jousting and fierce rivalry, mixed with a very large dollop of humour, chaos and colourful language.”

The quiz follows the usual SpeedQuizzing format, with players given just ten seconds to answer each of the music-themed questions over a number of fast-paced rounds, with the quickest person to answer correctly gaining bonus points for their team.