A welcome to SpeedQuizzing: Phil Qua 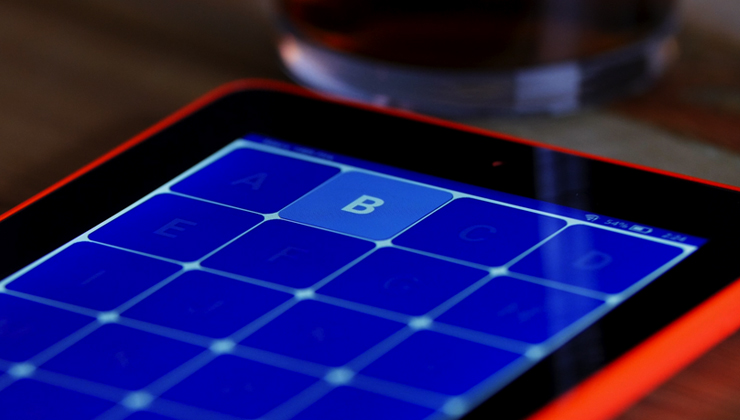 As mentioned in previous article SpeedQuizzing were looking to take on a new business manager to help them steer the company in the right direction and make sure things were running effectively.  At the start of February Phil Qua joined the SpeedQuizzing team in that very role.  We posed a few questions to him to welcome him into the team.

Hi Phil, thanks for agreeing to have some questions fired at you, first off how are you fitting into the team at SpeedQuizzing HQ? Ha, you would probably be better firing that question at Alan than me!! But yes going well I think. Obviously having hosted quizzes for 3 years previously and seeing this grow this from one of Alan’s wacky ideas to what it has become now  over about 10 years or more I at least come with a decent bit of previous knowledge. It has been a busy month getting to grips with some of the mechanics of how things work behind the scenes but still lots more to learn.

It has been interesting from a personal perspective speaking to and meeting other hosts and discussing their views, and also in particular plans for pushing this further afield, especially in America.

Can you tell us a bit about your background before becoming the business manager at SQ?

As I have said I have hosted quizzes for a while now, but this has been in addition to my day job which for the last 5 years or so has been primarily as a Project Manager for a Government Department. A lot of this work has been overseeing and managing significant sized IT projects (although I am not an IT expert by any means) and involved dealing with stakeholders and managing contractors. I won’t bore you with the detail but think more along the lines of boring government IT rather than anything James Bond!

You host quizzes yourself don’t you?  How are your quiz nights and how long have they been going?

Yes I do 2 a week, one in a more trendy inner city bar which attracts more of a student  crowd and one at a local pub near me in York which attracts quite a diverse crowd. They generally go well but as with anywhere else they can fluctuate week to week so can expect anywhere between 8 and 20 teams. I have a hardcore of regulars which is good to rely on although, some being over keen, they come to both nights running so means extra effort of doing 2 music rounds etc

All our hosts are obviously familiar with the software by now but what is the best thing about the software in your opinion?

As someone who has always worked full time I think the best thing far and away about this quiz is that you can download questions and don’t need to write them yourselves. There is no way I would have time to write 120 questions a week so without the quiz pack options I simply would not be able to host a quiz. I also think the questions have come a long way and are of much better quality than previously when we did not have a team of dedicated writers in place. With regards the software itself there have been so many enhancements it is hard to pick something out but I suppose the flexibility on the scoring and introduction of Evil mode etc are the things which I enjoyed the most when they came in. From what I have seen from version 4 in development so far I am sure there will be lots of improvements that hosts will enjoy as well as just a much slicker and better looking product.

What’s the reason behind you agreeing and becoming SpeedQuizzing’s business manager?

A few reasons really, the timing was good for me with just finishing a project in my old job and the fact that I can hopefully use some of the skills from that role in helping Alan and John run and expand the business. Plus doing something full time that I have a genuine interest is appealing anyway, even if it does mean spending more of my time with Alan!

I imagine you’ve got some good ideas already for SpeedQuizzing, can you share any of those with us at all?

In terms of ideas there are always a lot of things being kicked about the office which will need more thought discussion before anything can be shared. In terms of specific things I have been looking at there should be a few things I can share shortly around how hosts could save money and increase income through speedquizzing outside of directly hosting quizzes themselves. Can’t say much more at moment though I’m afraid…..but will get something out soon.

What can we look forward to seeing from you and the team this year?

Obviously the release of version 4 which we are now starting to test, so hopefully all being well this will be with you all soon. We are also taking SpeedQuizzing to Imbibe Exhibition in London in July which should be a great opportunity to get SpeedQuizzing in front of a lot of influential people in the ‘On Trade’ industry.

Is there any messages you want to relay to the hosts as part of your appointment?

Just to say hello really and say that we are always interested in hearing new ideas so if anyone wants to get in touch feel free to at any point.

A big thank you to Phil for taking the time to answer our questions, we are very excited to have him aboard and working forward to make SpeedQuizzing bigger and better than it is already.